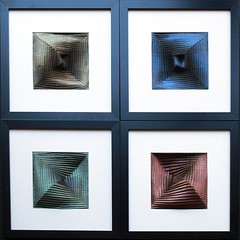 Hello everyone: a new Podlove Publisher release is out and it’s again an incremental update that focuses mostly on a single area: this time it’s all about images.

Because we are making use of WordPress latest image subsystem we have also upped the requirements to WordPress version 3.5 (however, we recommend using the very latest version of WordPress which as of today is 4.2.2).

As usual, feel free to discuss the release with the Podlove Community.

As you might know, we have decided to go with external URLs when it comes to things like images. Podcast and episode image as well as avatars are all configured by providing external URLs. Problem was that it was difficult to control image and file size which can lead to huge load times for episode and archive pages etc.

We have now added an internal and automatic image cache that not only caches images but also automatically resizes images depending on the usage context. This should reduce image load times significantly.

We have also added new Podlove Template accessors to easily include those images in your templates. Use expressions like podcast.image.html, podcast.image({fallback: true}).html or contributor.image.html({ width: 32 }) to get proper <img> tags for your HTML.

Not only are these accessors easier to use than the old ones (which are now deprecated), they also bring the added benefit that we automatically provide “retina” images (the same image linked in 2x and 3x versions) to make the picture look nice on higher-resolution displays. Social and donation service icons have also been refreshed and are provided in higher resolutions.

The whole cache is put in the ./wp-content/cache/podlove directory and is properly marked so it can be automatically excluded by your backup plugin.

What about the Media Library?

We know that some of you would like to see a tighter integration with the WordPress Media Library to lessen the dependencies on external URLs and we have been discussing that. We might tackle this in a future update but it needs a lot of second thoughts in many ways.

Right now, Podlove Publisher is aimed at advanced users but we’d like to bring it all to a level where the tool is nice and fancy for starters too. This would include making the setup much much easier, automate the selection of hosting providers, handle direct uploads and make the setup of assets and feeds simpler and mostly automatic. We’re getting there eventually.

But we know we have demanding users that also want to see advancements in many other areas that are currently our focus.

So on the plus side you can be assured we have neither a lack of ideas nor a lack of todo items on our lists. You can help us getting to all these places by making a donation (or even better, subscribe to our professional support) and promoting our projects to other podcasters and podcast app developers in particular.

Hello everyone: a new Podlove Publisher release is out and it’s again an incremental update that focuses mostly on a single area: this time it’s all about images. Because we...

This site uses Akismet to reduce spam. Learn how your comment data is processed.

The best solution to publishing your podcast with WordPress. Get software and support for your podcast.

Donate to Podlove and become a Sponsor at OpenCollective.